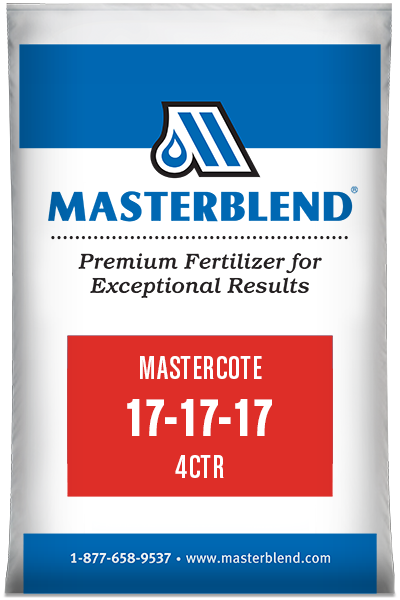 Mastercote 17-17-17 4CTR is a well-balanced, control-release formula that delivers premium nutrition to plants over a 4 month period. Fertilizer can be used as a topdressing or incorporated directly into the growing medium.