January 18, 2018 – CASE STUDY Jim Gorman’s Vegetables, founded in 1980, grows sweet corn and farm fresh produce on over 10 acres just north of Wilmington, IL. Deeply rooted in family and a love of farming, John Gorman (son of the farm’s founder), always searches for ways to improve the quality of produce they provide and the methods used to produce it. For decades, Gorman’s had utilized water-soluble fertilizer formulas to feed their corn crops. Concerned with the restrictive schedule for fertilizer application, loss of nitrogen in rainier seasons, and the need to reapply when crops needed a boost, he became interested in a Michigan State trial with ESN (slow-release nitrogen fertilizers) in corn crops. Intrigued by the results, he contacted Masterblend International, a leader in technical grade fertilizer formulas, about a possible solution.

Masterblend partnered with Gorman’s and developed a 20-10-10 with 100% Slow-Release Nitrogen formula for their crops. The results have been measurably
positive for both operational efficiency and product quality.

In field growing, environmental conditions are unpredictable. If using a water-soluble program, a rainier season can cause denitrification, washing away nitrogen from the soil and plants, resulting in the need to reapply nutrients. With the 100% Slow-Release Nitrogen formula from Masterblend, nitrogen
remains in the soil and is released slowly. “I remember one year when we started using Masterblend, we had a few parcels that had a lot of water. The corn would yellow, but green right back up again. That was proof to me there really wasn’t any nitrogen loss, that would never have happened with a liquid feed.”
Nitrogen uptake by the plant’s roots occurs over a matter of months, regardless of periods of too much or too little rain, delivering predictable and consistent nutrition to crops without the need for reapplication.

Typically, the formulation would be tilled into the soil prior to planting, but John was pleasantly surprised about the formula’s performance when applied after seeding, where time and weather simply didn’t allow incorporation into the soil before planting. In one instance when the corn had already been planted, and another, when the corn had actually emerged from the ground – he broadcast the fertilizer. He explains that the fertilizer performed equally well when
broadcasting, giving him a wider and more flexible window for application. John says, “This formula has saved us an incredible amount of time.”

By utilizing Masterblend’s exclusive 100% Slow-Release Nitrogen formula, Jim Gorman’s Vegetables has substantially decreased the amount of time and money they invest in their fertilization program. Their crops have been consistently more productive, healthier, and sweeter. “Since we have been using Masterblend’s formula,” John says, “our crops have been healthier and our customers have been raving like never before about the sweetness of the corn.” For Gorman’s,
Masterblend’s 100% Slow-Release Nitrogen formula delivered more efficient operations, healthier crops, more product demand, and a better bottom line. 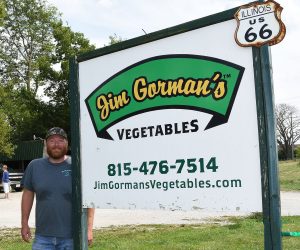 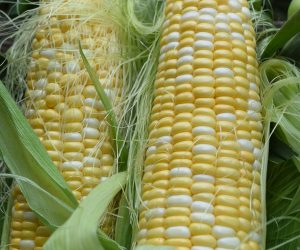